Posted on Wednesday, Aug 12 2009 @ 04:00 CEST by Thomas De Maesschalck
Bit Tech reports EA may be looking to revive some of Bullfrog's game licenses. This could include popular classics like Dungeon Keeper, Populous, Syndicate, Theme Park and Theme Hospital.

Now, according to EA's Harvey Elliot, those old series may soon get revived in some form - though they almost definitely won't come as straight-up remakes.

"If you remember all the old classics you played, if you go back and play them now, they're not the same. They were right for their time, and the trick with those games is coming up with what's right for the time now," Elliot told Kikizo.

"I'm going to look at them at some point, I think there's an opportunity to bring those back in the future, but only if it's right for the time and not just a 'remake' or something. We'd need to do it in a way that's true to the original values, but would still make a great game today." 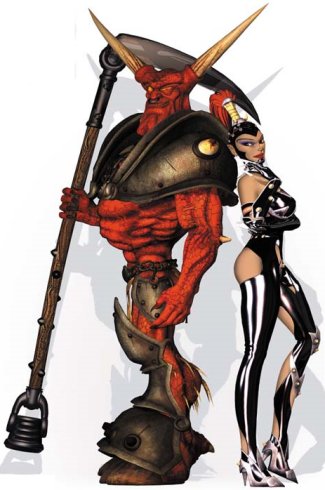