Posted on Monday, Aug 31 2009 @ 15:00 CEST by Thomas De Maesschalck
LG revealed it will soon start shipping world's largest commercially available OLED TV. With a screen size of 15" the TV will be a couple of inches bigger than Sony's two-year old 11" XEL-1 OLED TV. The company says the 15" OLED TV will be shown off at the IFA 2009 consumer electronic show in Berlin in September, and South-Korean consumers will be the first to buy one in November.

Pricing is unknown, but considering that Sony's 11" OLED TV still costs $2,500 this new panel won't be cheap at all. An LG executive also said 40" OLED TVs are on the way in "a not too distant future". 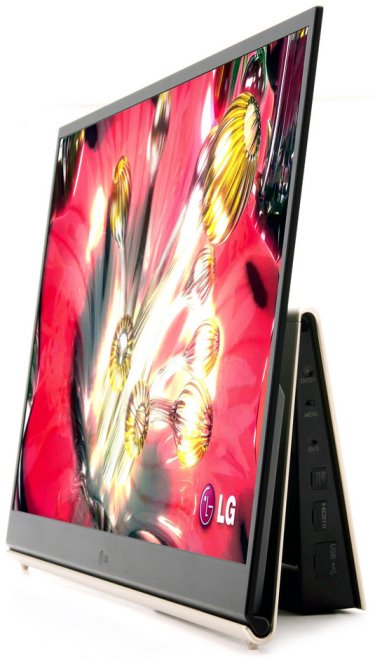