Posted on Monday, September 14 2009 @ 16:59 CEST by Thomas De Maesschalck
VR Zone found a picture of what is reportedly the diagram of the upcoming ATI Radeon HD 5870 GPU:

The rather blurred image, at first glance, looks just like the RV770 - with two chunks of the main processing units (SIMD cores, TMU units, etc.) in the middle instead of one. Basically, just doubling on RV770's processing units, as we already know. The "Display Connectors" has been replaced by "Eyefinity Display Controllers" as expected, and the "CrossfireX Sideport" in the RV770 is simply a "CrossfireX Connector" for Cypress. 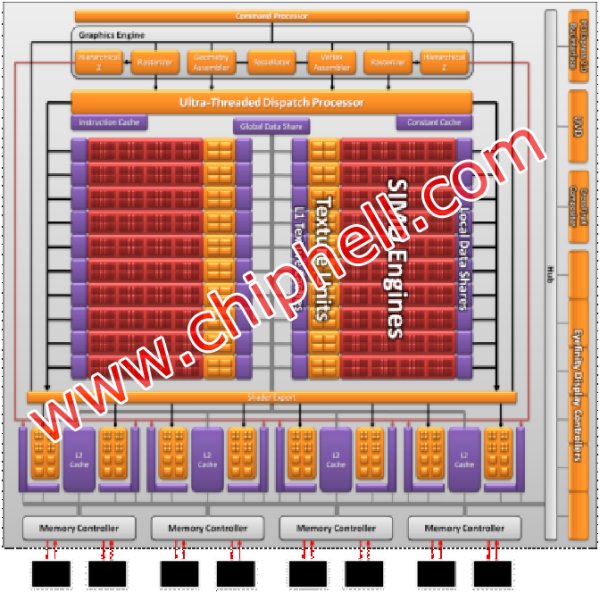