Posted on Thursday, Apr 22 2010 @ 16:13 CEST by Thomas De Maesschalck
NASA has released spectacular new photos of the sun, created by the recently launched Solar Dynamics Observatory (SDO) spacecraft. The SDO is the most advanced spacecraft ever designed to study the sun, it provides images with a significantly better resolution and clarity than previous crafts, and will give scientists the opportunity to better comprehend how the sun works and which effect it has on the Earth's atmospheric chemistry and climate.

Some of the images from the spacecraft show never-before-seen detail of material streaming outward and away from sunspots. Others show extreme close-ups of activity on the sun’s surface. The spacecraft also has made the first high-resolution measurements of solar flares in a broad range of extreme ultraviolet wavelengths.

"These initial images show a dynamic sun that I had never seen in more than 40 years of solar research,” said Richard Fisher, director of the Heliophysics Division at NASA Headquarters in Washington. "SDO will change our understanding of the sun and its processes, which affect our lives and society. This mission will have a huge impact on science, similar to the impact of the Hubble Space Telescope on modern astrophysics.” 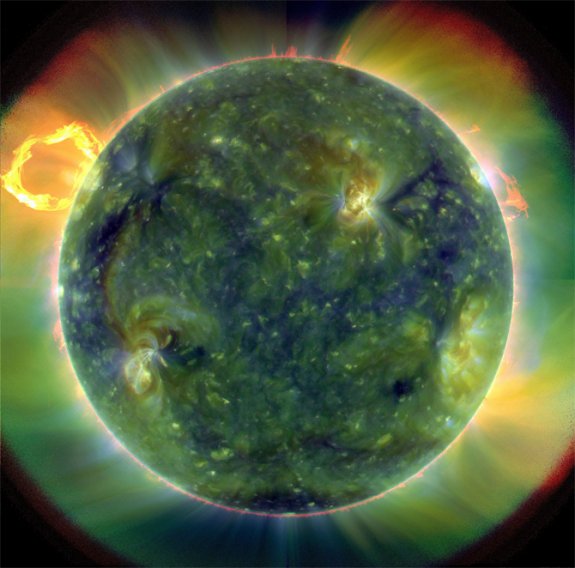