Xbox 360 photo from the launch party in Los Angeles

Posted on Saturday, May 07 2005 @ 21:22 CEST by Thomas De Maesschalck
Somehow someone managed to snap a picture of Microsoft's upcoming Xbox 360. The picture was taken with a camphone at the Xbox360 Revealed launch party in L.A. last night. The Xbox 360 photo shows the design of the console, the controller, the Xbox Live headset, a hard drive attachment up top and a webcam 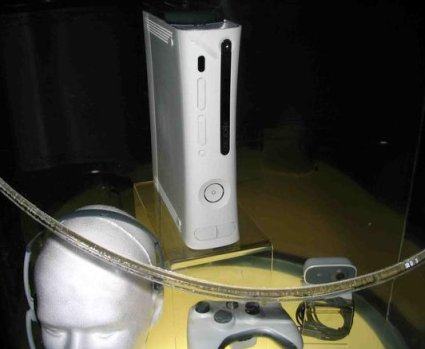 Not sure whether this will be the final design, it could be a prototype which still needs to be improved. The Xbox 360 will be launched towards the end of the year, according to the latest rumours it will be in November. More info at Engadget