Posted on Friday, Apr 01 2011 @ 21:44 CEST by Thomas De Maesschalck
Don't like 3D? Then head over to ThinkGeek to buy a pair of De-3D cinema glasses that will let you experience amazing 2D.

The De-3D glasses eliminate the 3D effect from 3D movies, allowing you to watch in the comfort of 2D. How do they work you say? In a traditional 3D movie, two images are displayed overlapped on the movie screen. Standard 3D glasses filter these images allowing one to be seen by the right eye and the other to be seen by the left eye. The difference between the two images creates the 3D effect and also the annoying eyestrain and headaches you may have experienced. The De-3D glasses are specially designed to eliminate the left eye image and show only the right eye image to both eyes. In double-blind scientific tests it was determined that when watching 3-D movies the right-eye image was consistently more action packed and and humorous than the left-eye image. Amazing but true. 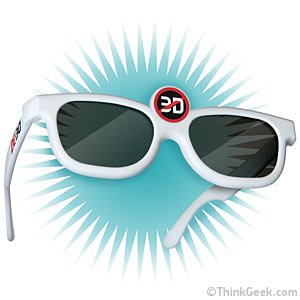 DigiTimes reports CEOs are throwing in the axe as they are unable to compete with Apple.

Although Acer ex-CEO and president Gianfranco Lanci and the company's board members' inability to reach a consensus was the main reason for the CEO's resignation, the strong impact from Apple's products is the other key reason for Lanci leaving the company, according to sources from notebook makers, who added that in addition to Acer, Nokia's ex-CEO Olli-Pekka Kallasvuo and LG Electronics' ex-CEO Nam Yong both stepped down because of their inability to defend their companies from Apple's fierce competition.

Blizzard returns to console with a new StarCraft game with motion-sensing support.

Ever since its inception, the real-time strategy genre has been missing one crucial gameplay element: You. Generations of players have commanded their forces from afar, making tactical decisions and planning their strategies at a safe distance from the front lines. But now, we finally have the technology to put you at the center of the battlefield. Welcome to StarCraft: Motion Overdrive! Combining advanced body tracking hardware of modern consoles with the exciting strategy gameplay of StarCraft II, StarCraft: Motion Overdrive will allow you to experience StarCraft like never before. Use gesture-based controls to direct your forces and out-move your enemies. Challenge your friends in intense multi-actor matches either locally via split screen or online. Wave your arms in the air like you do, in fact, care. StarCraft: Motion Overdrive. The way real-time strategy is meant to be played.

The average gamer hits 100 actions-per-minute (APM) based on the number of actions on mouse and keyboard - Pro-Gamers peaking around 300 APM. Über-optimized and over-powered for MMO, FPS and RTS gameplay - the Razer Talon will accelerate you to a pace of over 3,000 APM. With its intelligent movement programmability and state of the art construction, your opponents, like your keyboard, will be left smoldering in a cloud of smoke. 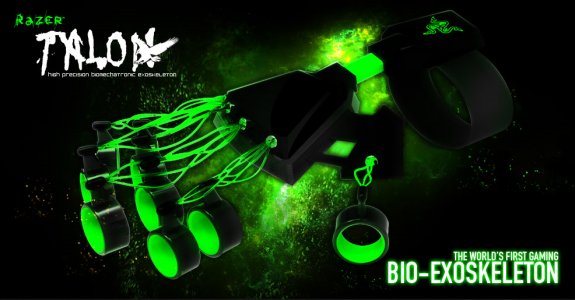