BIOSTAR, a world famous manufacturer of motherboards, graphics cards, industrial computing systems and computer peripherals, expanded the T Series with the TZ68K+ motherboard based on the latest single-chip Intel Z68 chipset. The new board features the ATX form-factor (305 x 230 mm) and is aimed at system integrators and individual builders of high-performance desktop systems.

The BIOSTAR TZ68K+ motherboard fully supports all functional capabilities embedded into the latest version of the Intel Z68 chipset. They are a support for second-generation multi-core Intel Core i7, Core i5 and Core i3 CPUs (Sandy Bridge) with TDP up to 95W for the LGA 1155 Socket, integrated SATA 3.0 ports (SATA600) and speedy PCI Express 2.0 interfaces for peripherals. One can also arrange RAID 0, 1, 5 and 10 arrays with the Matrix RAID function and make use of the Smart Response technology that allows caching storage devices with additional flash memory.

The latest high-speed USB 3.0 interface is realized with the additional ASMedia ASM1042 chip, and two USB 3.0 ports supplement five USB 2.0 ones. Communication is based on the Gigabit LAN interface based on the Realtek RTL8111E chip, and the full-scale 6-channel Blu-ray-quality audio comes with the latest Realtek ALC892 codec.

Supporting all modern discrete graphics with the PCI-E x16 2.0 interface including solutions based on two AMD cards in the ATI CrossFire X configuration the TZ68K+ board can fully use the power of the Intel HD Graphics core integrated into the second-generation Intel Core CPUs. At the same time, it comes with digital HDMI and DVI outputs and an analog D-sub video-out. With the supplied Virtu GPU Virtualization Software a user can flexibly manage performance and power consumption of the discrete and integrated graphics in different types of applications. Besides, the board supports the Intel Smart Response Technology (it requires update of BIOS and Intel RST Driver to the latest version).

The board also supports the BIO-Remote2 technology for remote management of PC multimedia capabilities with Android and Apple gadgets. Besides, the Charger Booster technology allows for accelerated charging of gadgets via USB irrespective of the system status.

The hardware Rapid Switch technology duplicates power and reset buttons right on the motherboard that is why there is no need to close various contacts for fast system tuning as there is a certain risk of system damage. The Rapid Debug 3 technology shows critical POST codes and a current CPU temperature on the multi-segment LED indicator. 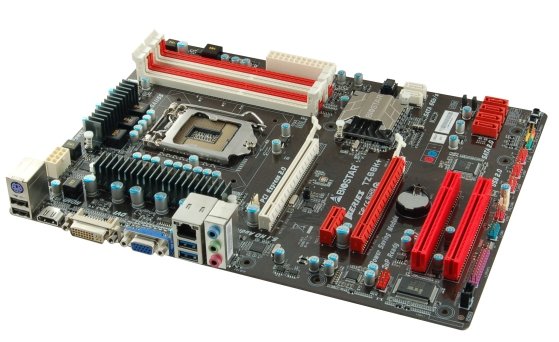