Posted on Monday, Mar 12 2012 @ 21:27 CET by Thomas De Maesschalck
Softpedia delivers word that Seagate will soon sell a 320GB and 500GB FreeAgent portable HDD with a thickness of just 9mm. Pricing of these disks will be $169 and $99, respectively.

The upcoming product measures just 9mm in thickness, but still has 500 GB for owners to play with, and a rotary speed of 7,200 RPM to boot (rotations per minute). As such, with USB 3.0 in play, it can make a great companion for Ultrabooks, despite solid state drives being more common as 2.5-inch drives.

Granted, it would not mean the same level of physical endurance as when a NAND Flash storage solution is used, but people aren't going to run around dropping their drives to test their sturdiness, so that shouldn't be a problem. Besides, with a price of €129, or $169, it will be much cheaper than even lower-capacity SSDs, which is always a plus. 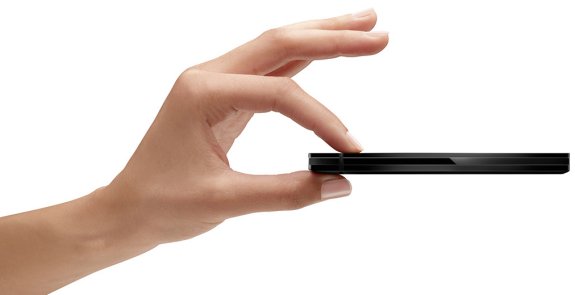