MSI, one of the world’s Top-3 Graphics card and mainboard manufacturers, is launching a limited edition of the MSI Z77 MPOWER mainboard bundled with a remote controlled MSI racing car. This mini F1 racing car is designed with exquisite and realistic appearance and is controlled by a remote controller which can also charge the built-in lithium battery of the car. The limited edition will be available only in selected countries in Europe from the second week of December. Terms & conditions may differ per country.

MSI R/C racing car details
The MSI F1 racing car is designed with exquisite and realistic appearance, and it is controlled by a remote controller which also can charge the built-in lithium battery in the car. 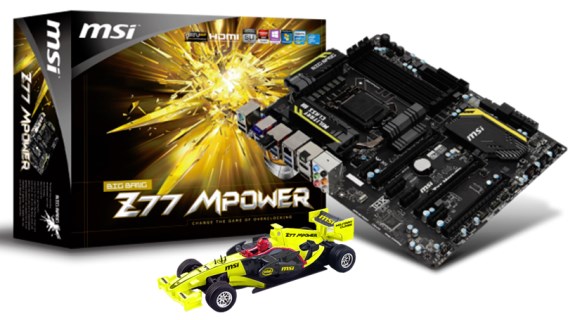