At least the thing doesn't sound too bulky—HP quotes a weight of 3.96 lbs and a maximum thickness of 0.83". I'm not entirely sure why you'd want a jumbo-sized Chromebook, especially given the paltry 1366x768 display resolution. Acer packs the same pixel count into its 11.6" C7 Chromebook, which is almost a pound lighter and priced at just $199.99. (The C7 has a Celeron 847 and 2GB of memory, too, just like the Pavilion Chromebook 14.) I guess the HP's bigger screen might be nice for Netflix, but since Chrome OS pretty much only runs web apps, video streaming and downloading options are going to be limited. 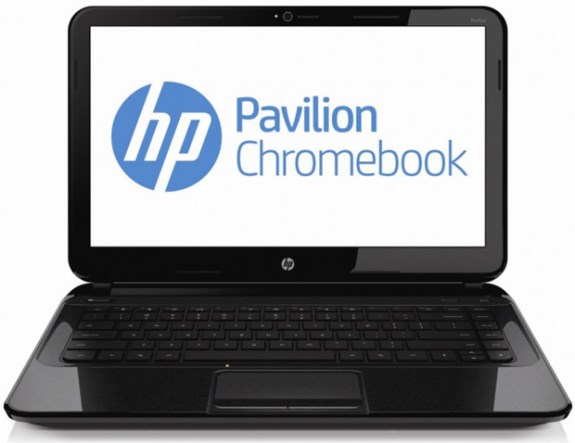