After having nearly faded into obscurity, Research in Motion (RIM) decides to rename itself after the name of its mobile products: BlackBerry.

With the launch of BlackBerry® 10, we have re-designed, re-engineered and re-invented BlackBerry. Not only did we introduce a new mobile experience to our global community of BlackBerry users, but we are also introducing a new name for the company.

To further signal this exciting re-branding of the Company, effective February 4, 2013, our stock ticker on the NASDAQ exchange will become BBRY and on the TSX exchange, BB.

BlackBerry also introduced BlackBerry 10 and revealed two new smartphones that use the new operating system: the touchscreen-only Z10 and the Q10 with touchscreen + keyboard. One of the interesting new features in BlackBerry 10 is BlackBerry Balance, a method for dividing for splitting your phone into a device for personal and work use. Balance keeps everything seperate so it doesn't get mixed. You can find the full details of the new BlackBerries at Engadget. 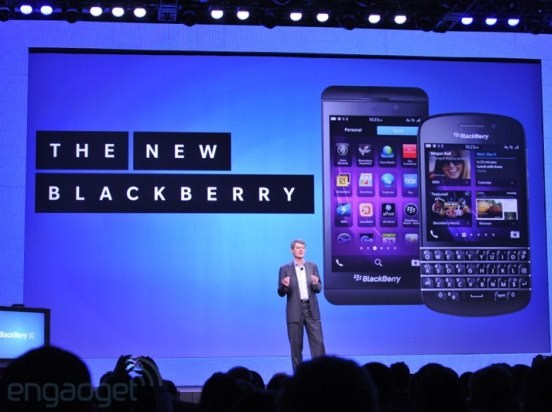