Posted on Friday, Apr 19 2013 @ 15:16 CEST by Thomas De Maesschalck
VR Zone China got its hands on a desktop platform roadmap slide from Intel that reveals Intel is planning to launch the Haswell Refresh Platform (aka Broadwell) around mid-2014, with Haswell-E (Lituya Bay) following in late 2014 and the 14nm Skylake platform around Q2 2015.

Haswell-E and Skylake will reportedly support DDR4 memory, Haswell-E is rumored to continue using LGA2011 but Skylake will likely use a new socket. 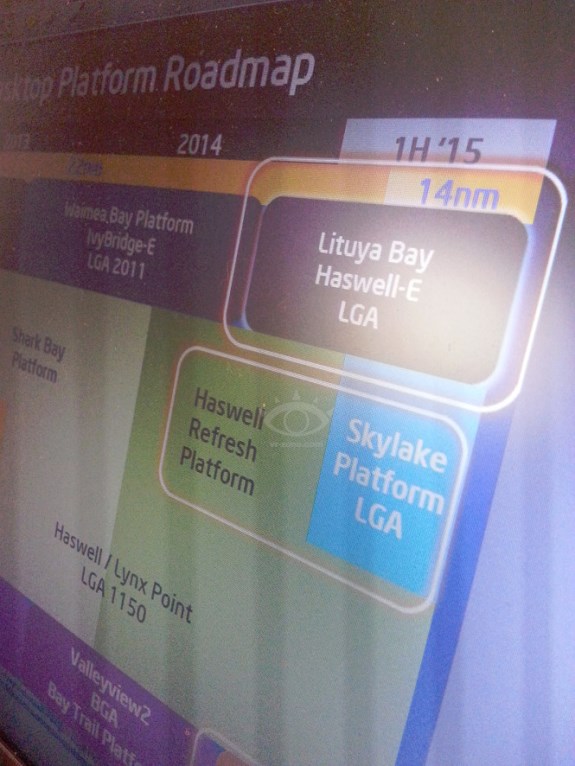