To bypass the forced upgrade, download my Messenger Reviver 2 utility and run the application. As this requires changes to Messenger you may receive a message asking you to allow Reviver to make changes to your computer.

Reviver will automatically attempt to detect if Messenger is still installed, which versions are eligible for modification and if you need to run a repair or new installation to bring Messenger back (if Skype has removed it). 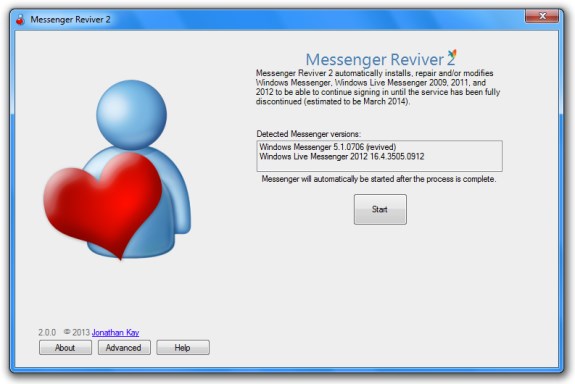