Posted on Wednesday, Aug 14 2013 @ 13:29 CEST by Thomas De Maesschalck
Paul Thurrott had the opportunity to test Windows 8.1 build 9471 and wrote an article abotu the new features in this build, you can read it over here. Thurrott shows off the updated Start Screen, the new help tips that explain Windows 8's new user interface, the updated Mail app, the revamped Calendar app, and more.

Here’s a first peek at the newly leaked build of Windows 8.1. Created in late July, build 9471 has been described as an “escrow” build of the product by some, but I’d be surprised if Microsoft was that far along over three weeks ago. Still, there are improvements and changes all over this build when compared to the Preview release. Here’s some of what I’ve seen so far. 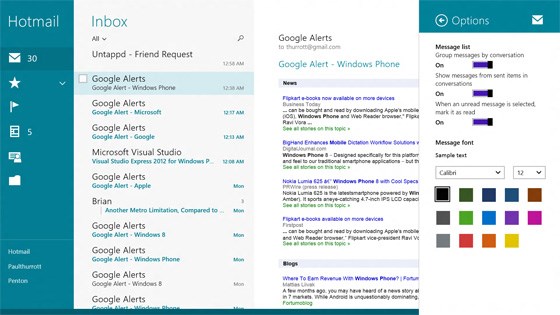