Sony to present white PSP and firmware 2.0 with web browser 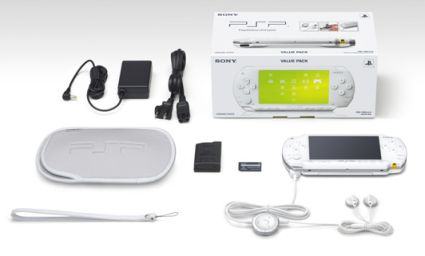 Sony announced a new white version of its PlayStation Portable console. On the right you can see an image of the new white PSP which will be available on September 15.

The company will also announce firmware v2.0 for the PSP in Japan next Wednesday with some interesting new features, but I'm not sure if they will launch the English version on the same day.

The new Sony PSP firmware 2.0 will finally include an official advanced web browser, allowing you to connect to the internet over WiFi. Other features include: a new mode for wireless image swapping with other PSP users and a service called Portable TV which enables users to transmit video directly to a PSP. However, Portable TV might be exclusively for Japanese users.