Posted on Thursday, Dec 12 2013 @ 17:07 CET by Thomas De Maesschalck
Valve announced that the first Steam machines will start shipping tomorrow. These beta units will soon reach the 300 Steam users selected to participate in the initial test.

Valve has announced that the first Steam consoles will leave the factory on Friday. The systems are going to 300 Steam users selected to participate in the initial beta test. Each of those lucky folks will get to play with not only a custom-built PC running SteamOS, but also a unique controller that has dual touchpads instead of analog sticks. Both components are visible in Valve's pictures from the production line.

The SteamOS beta will also be available on Friday, but Valve says this release is not recommended for general consumers but only for "intrepid Linux hackers". The final release is anticipated in 2014. 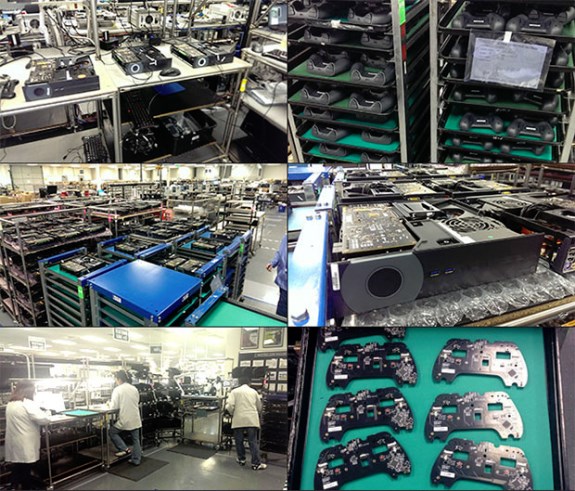