Posted on Friday, Jan 10 2014 @ 12:29 CET by Thomas De Maesschalck
The Tech Report saw MSI's upcoming J18001 motherboard at CES 2014. This Mini-ITX motherboard features the Atom J1800 dual-core 10W TDP processor and will arrive by the end of January for under $60. A quad-core version is expected shortly afterwards for about $10 more.

I don't know if that's the final heatsink MSI will go with, though; pre-production boards shown at trade shows don't always have the same cooling apparatuses as retail models. Also included on the J18001 are two DDR3-1333 SO-DIMM slots, what looks like a single PCIe Express x1 slot, two Serial ATA 3Gbps ports, and six USB ports (two USB 3.0 and four USB 2.0). There are DVI, VGA, and HDMI display outputs, all hooked up to Bay Trail-D's integrated graphics. 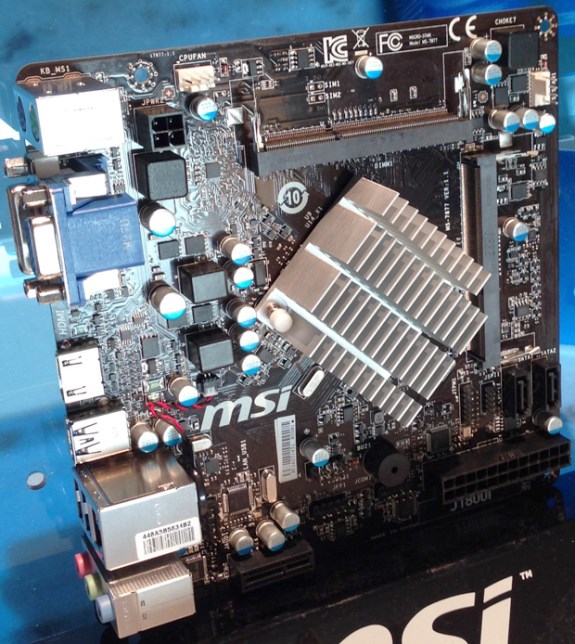