Posted on Friday, Jan 31 2014 @ 10:57 CET by Thomas De Maesschalck
ROCCAT introduces a new super expensive gaming headset; the Kave XTD 5.1 Digital Gaming Headset. This is the company's new headset flagship, each cup features three individual drivers, set at 12 degree angles to deliver "true 5.1 surround sound". One of the special features of the XTD 5.1 is Smart Link, a Bluetooth feature that lets you take important phone calls while gaming. The headset comes with its own 5.1 audio card and the new remote even has 5.1 output port. The biggest downside perhaps is the huge price, the Kave XTD 5.1 Digital will cost $169.99 / 169.99EUR.

ROCCAT Studios, German manufacturer of high-quality gaming peripherals, today announces the availability of the Kave XTD 5.1 Digital gaming headset in Europe and North America. The true 5.1 gaming headset is the flagship version of the new Kave XTD series. The Kave XTD 5.1 Digital builds upon the foundations laid by the original Kave headset, rebuilding it from the ground up and adding impressive innovations of its own, all the while refining the tried and tested feature set that made the original such a success.

The Kave XTD 5.1 Digital includes a fully-equipped desktop remote with a built-in premium 5.1 sound card. Also included in the feature-packed remote is ROCCAT Smart Link, a patented technology which lets users pair their smartphone to the remote via Bluetooth, allowing them to make and receive calls through the headset while gaming. ROCCAT solved two problems here: you don't get on your team's nerves making strange noises while you try and talk to somebody on the phone with your headset still on. Plus, nobody will be able to hear what you are saying on the phone, because whatever chat software you were using gets muted once you pick up the call. The rear side of the remote boasts 5.1 speaker ports, letting users hook-up their existing speaker system to remote and easily toggle between headset and speaker output. That means no more crawling under the table to re-plug in audio cables. The remote is completed by comprehensive headset and system audio controls.

Like the original Kave, the Kave XTD 5.1 Digital provides true, rich 5.1 surround sound, but with enhanced componentry. With three driver units per earcup aligned at a 12° angle, the headset delivers an immersive and crisp sound. The headset comes with a completely reworked head band and, compared to the original Kave 5.1, weighs 25% less. At the same time new materials and engineering solutions make the headset very robust and comfortable to wear - suitable for hours of gaming. The detachable microphone has been redesigned, keeping smart details like the mute LED while improving on reliability as well as sound quality. 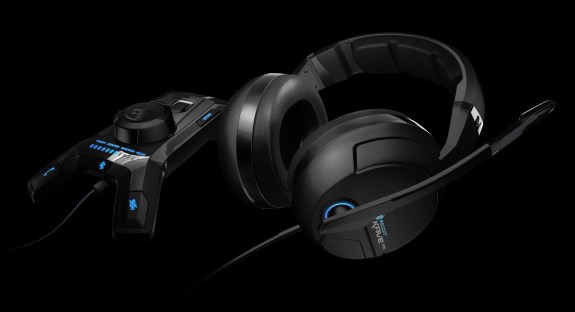 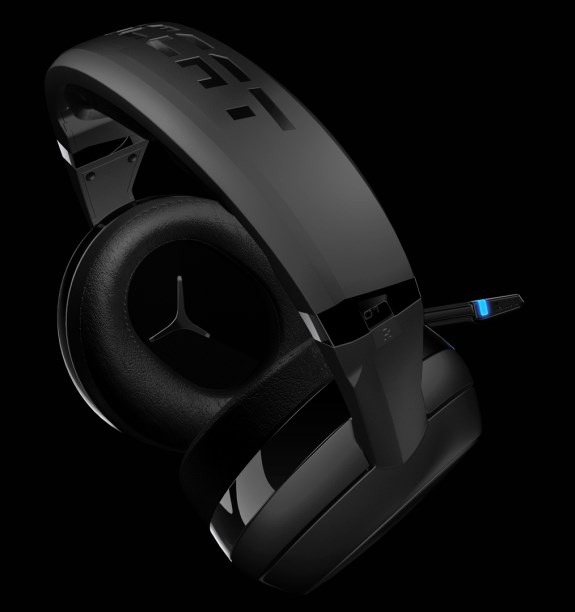