Posted on Wednesday, Apr 02 2014 @ 13:24 CEST by Thomas De Maesschalck
A couple of months ago Intel showed the SD-card sized Edison computer but it turns out this was just for show. The Tech Report writes Intel has decided to expand Edison to a family of development boards that will be somewhat larger and more powerful than what was shown at CES in January.

The new concept will feature a simplified industrial design that promises to be more durable and affordable than the SD form factor. The form factor isn't the only change though, the device shown at CES featured a dual-core Quark processor while the initial offering will now be based on an Atom SoC with two 500MHz Silvermont cores.

A Quark-based product is still in the works but may be delayed until the chip giant can offer more powerful versions of the Quark.

Under the hood, the first Edison offering will feature an Atom-based SoC with dual Silvermont cores clocked at 500MHz. The individual cores should be much more capable than those in the Quark chip, and they're clocked higher, too. The Atom SoC also serves up a more robust collection of integrated I/O; over 30 I/O interfaces will be accessible through Edison's "small 70-pin connector." 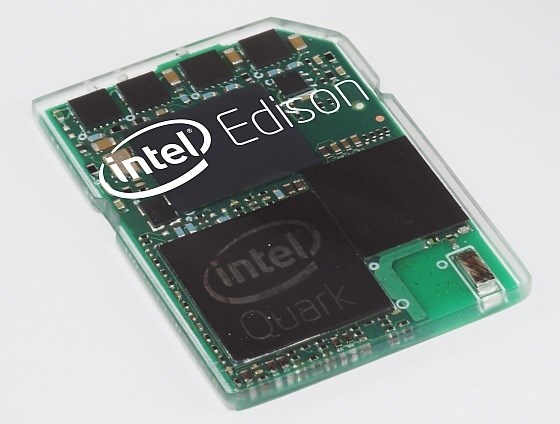