Posted on Thursday, Apr 17 2014 @ 10:59 CEST by Thomas De Maesschalck
TPU picked up news that MSI's upcoming OC series motherboards will introduce a new feature called the "Delid Die Guard". This new component is a replacement for the standard LGA socket that runs its way around the die, and not the edges of the package. The accessory will prevent heavy coolers from pressing too hard against the die of delidded processors. MSI's M-Power Z97 motherboard may be the first to feature it.

Called the "Delid Die Guard," the accessory is a replacement LGA socket brace that runs its way around the die, and not the edges of the package. The thickness of the brace puts it at the exact level of the surface of the chip (much like the support braces GPUs come with), and so it prevents heavy coolers (think chunky LN2 pots) from pressing too hard against the die, potentially breaking it. 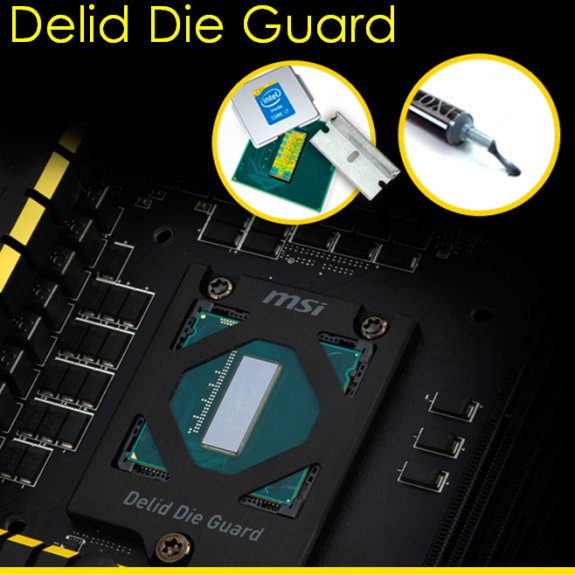