Now the important part is that AMD will let you use your keys till August 2014. This bundle will change as new titles will be added, so even if you reclaim two of your game now, you will still be able to reclaim the game that is not even on the list yet. At this point it is unknown which games will be added later. AMD has also added 4 indie game, which will be available in a pack of two, so one choice equals two indie games (see below for the list). 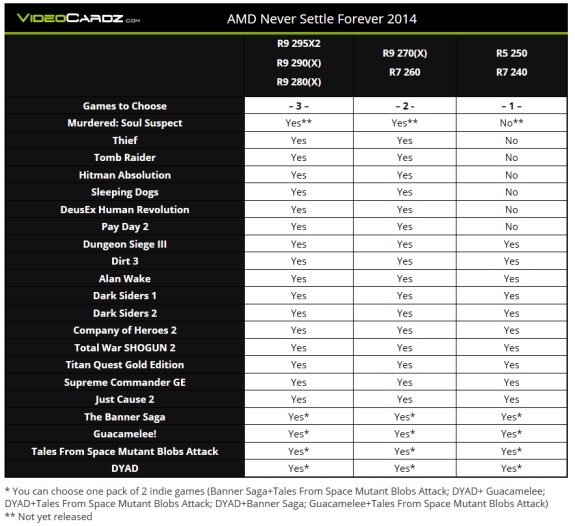