Posted on Tuesday, July 29 2014 @ 12:24 CEST by Thomas De Maesschalck
Tesoro debuts the Lobera Supreme, a new mechanical gaming keyboard with full RGB backlight. The manufacturer of the switches isn't named but Tesoro says they're "gaming grade" and good for 60 million strokes. It's shipping in theUS for $139.99.

Tesoro Technology USA Inc., a manufacturer of high-tech gaming products, today announces that the Tesoro Lobera Supreme mechanical keyboard with full color illumination is now available in the US and Canada.

Macros and More
The Lobera Supreme allows gamers to instantly record any macros without need of software. A user-friendly UI allows for even more advanced macro settings. Personalized settings are stored in the built-in-memory (512Kb) allowing the keyboard to be fully synchronized even during tournaments, where it is prohibited to install external software. The Lobera Supreme also features one touch / game mode button for fast switching as well as 3 thumbs key under the spacebar for instant macro launch.

Switchable USB 6 N-Key / Full N-Key Rollover (NKRO)
Tesoro's Lobera Supreme features switchable USB 6 N-Key to Full N-Key Rollover function through firmware. Depending on the requirements (tournament mode vs. hardcore mode), users can press any and all keys at the same time without worrying that some key may not be registered. Additionally, every single key is fully programmable, allowing for 5 sets of profiles, 300 macro keys and 2000 macro key presses per profile.

USB Pass-Through and Audio Ports
Two USB 2.0 ports together with audio and mic jack are located on the front of the Lobera Supreme for easy connectivity. as well as very new feature in mechanical keyboard – DC-In jack. Users can even charge their phones or tablets via the USB ports directly from the keyboard that to a DC-In jack. 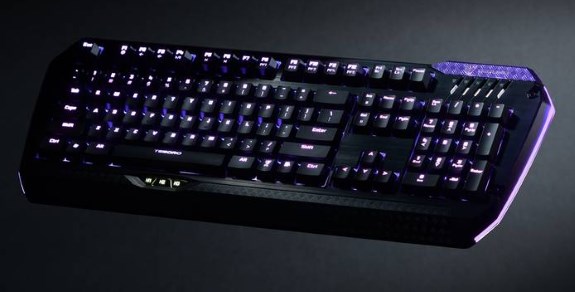