Posted on Monday, Aug 01 2005 @ 03:14 CEST by Thomas De Maesschalck
Here are some details regarding the upcoming Archos AV500 portable media player. It's not officially announced yet but a British shop is already listing it for £349 (approx. $613). This appears to be the basic version of the AV500, DAP Review says a 100GB version with 15h video playback is also planned. 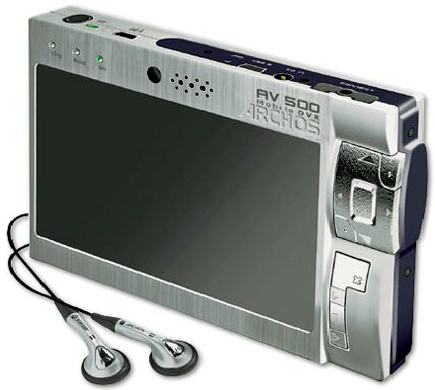