VideoCardz got its hands on what it claims are the official specifications of NVIDIA's GeForce GTX 960. This mainstream card is expected to be revealed on January 22nd and is based on the Maxwell-based 28nm GM206 GPU.

NVIDIA is also touting the overclocking potential, claiming the GTX 960 can be clocked up to 1.5GHz.

The last thing to say about GTX 960 is its overclocking potential. NVIDIA claims this card is capable of running close to 1.5 GHz, which is even better of what GM204 has to offer. Maxwell series are exceptionally good overclockers. 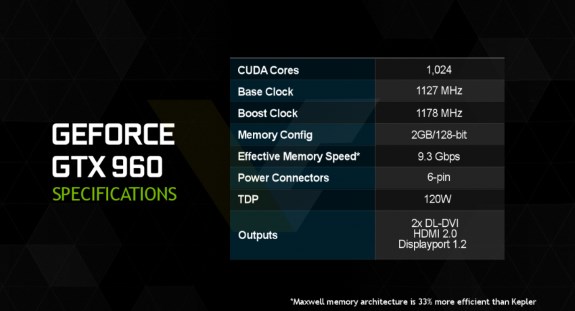