Posted on Monday, January 26 2015 @ 16:12 CET by Thomas De Maesschalck
Func introduces the new F-Series 10 mousepad lineup. The original lineup was launched almost ten years ago, the newer models are available in 3 sizes and are significantly cheaper. You can buy them online in medium, large and extra-large sizes for $12.99, $13.99 and $14.99, respectively.

Func is excited to announce a new version of the F-Series 10. The F-Series was introduced to the market for the first time back in 2005 and was meant to be an economical alternative to the more high-end product from Func, the Surface 1030.

The new Func F-Series 10², like earlier versions is a single-sided, low profile, semi-rigid mouse pad constructed of high quality polycarbonate but is now available in 3 sizes.

In addition to a wider range of sizes, the MSRP of the new F-Series 10² is significantly lower compared to earlier versions. 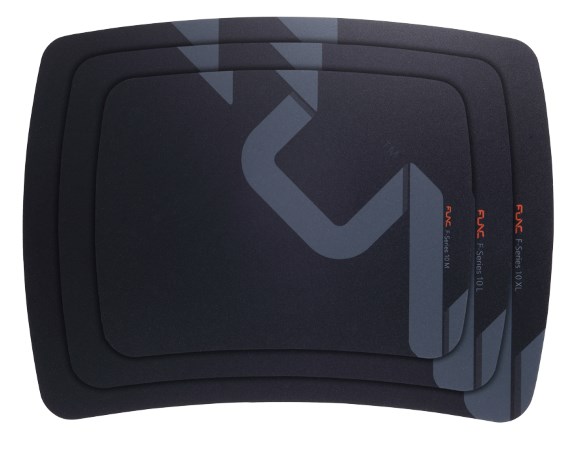