Aluminium air battery to blow li-ion out of the water?

Posted on Thursday, January 29 2015 @ 18:00 CET by Thomas De Maesschalck
ExtremeTech writes about promising battery research from Fuji Pigment on aluminium-air batteries that could result in phones running up to two weeks on a single charge and a much better range for electric vehicles. One of the big problems with aluminium-air is the rapid degradation of the anode but Fuji Pigment claims its technology can be deployed within the next couple of years.

New battery technologies and announcements are a dime a dozen, but there’s reason to think that a workable Al-air technology could deploy within the next 2-5 years. Multiple manufacturers are working on commercializing designs (Alcoa partnered with Phinergy in 2013 with plans for a 2017 debut), and aluminum is abundant and relatively cheap. Al-air batteries have actually been used in specialized military applications for years, which is important — it means there’s some pre-existing expertise and known characteristics that can be leveraged to create additional capacity. 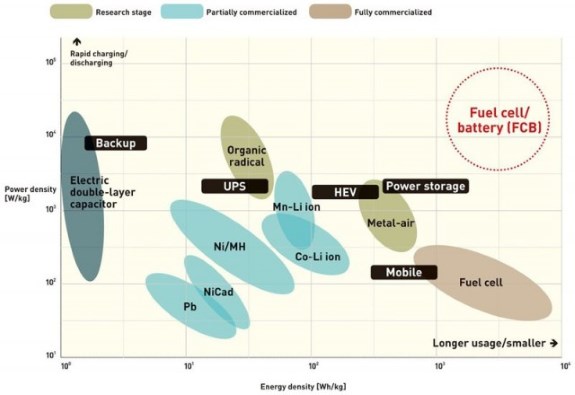