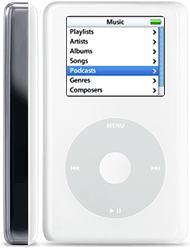 Today Apple launched its iTunes Music Store in Japan with more than one million songs priced at ¥150 and ¥200 per song.

“iTunes and iPod are leading the digital music revolution,” said Steve Jobs, Apple’s CEO. “We are thrilled to be bringing the iTunes Music Store to Japan, and hope music fans here love it as much as others around the world do.”

Apple's iTunes music store is the number one online music store with over 500 million songs purchased and downloaded worldwide.

The iTunes Music Store in Japan debuts with local favorites including iTunes Originals from globe and Ulfuls, exclusives from Def Tech, Crazy Ken Band, Chara, Little Creatures, Chie Ayado and The Complete B’z digital box set. Other iTunes exclusives released today include music from international artists such as U2, Jack Johnson and Björk, and over 10,000 audiobooks are available, including works by Japanese authors.

With iTunes 4.9, listeners have everything they need to discover, subscribe, manage and listen to Podcasts built right in. The iTunes Music Store in Japan is launching with a wide variety of Japanese-language Podcasts, such as InterFM, Sotokoto and Radio Nikkei.

In celebration of the iTunes Music Store launch in Japan, Apple is hosting live music performances throughout August at all four retail locations in Japan, including the new Apple Store Shibuya which opens August 6.

Apple today also announced the worldwide availability of early Abkco catalog titles from classic artists such as Sam Cooke and The Animals, as well as the Rolling Stones, making the iTunes Music Store the only online music service in the world to feature the complete digital music catalog of the Rolling Stones. iTunes is offering music fans worldwide the opportunity to pre-order a special version of the new Rolling Stones album “A Bigger Bang” with an exclusive bonus video.