Posted on Thursday, May 21 2015 @ 13:57 CEST by Thomas De Maesschalck
LG breaks another record by showing off a 55" OLED panel that is just 0.97mm thick, quite an achievement considering the firm's current 55" panel has a thickness of 4.3mm.

The panel weighs 1.9kg and should it ever reach mass production, LG intends to offer a magnetic attachment system that will allow the TV to stick to wall easily. While that would be cool, it doesn't seem practical with all the cables typically connected to a TV. Analysts believe these thin OLED screens will primarily make a splash in the wearable electronics market.

LG’s unveiling of the new display is actually only a part of the company’s bigger vision for OLED tech. Yield rates for large displays are still on the low side, but displays for smartphones and smartwatches are much more feasible. In the coming years, LG is expected to play a big role in the wearable revolution. 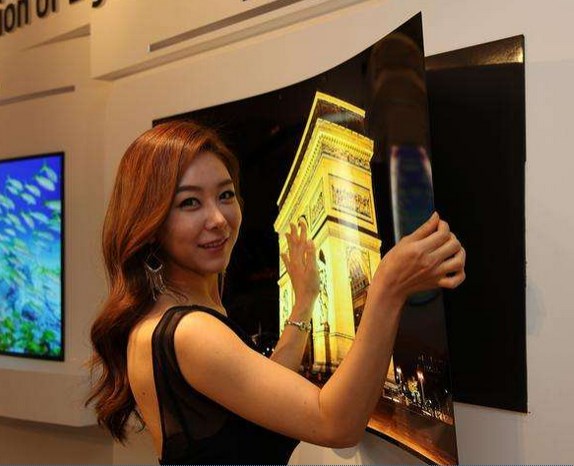