Posted on Wednesday, Jul 15 2015 @ 12:29 CEST by Thomas De Maesschalck
The Pluto flyby of the New Horizons spacecraft resulted in the most detailed photos ever of dwarf planet Pluto. New Horizons was launched in January 2006 and reached Pluto after a three-billion-mile journey. The craft will study Pluto, its moons and the Kuiper Belt.

After a decade-long journey through our solar system, New Horizons made its closest approach to Pluto Tuesday, about 7,750 miles above the surface -- roughly the same distance from New York to Mumbai, India – making it the first-ever space mission to explore a world so far from Earth.

“I’m delighted at this latest accomplishment by NASA, another first that demonstrates once again how the United States leads the world in space,” said John Holdren, assistant to the President for Science and Technology and director of the White House Office of Science and Technology Policy. “New Horizons is the latest in a long line of scientific accomplishments at NASA, including multiple missions orbiting and exploring the surface of Mars in advance of human visits still to come; the remarkable Kepler mission to identify Earth-like planets around stars other than our own; and the DSCOVR satellite that soon will be beaming back images of the whole Earth in near real-time from a vantage point a million miles away. As New Horizons completes its flyby of Pluto and continues deeper into the Kuiper Belt, NASA's multifaceted journey of discovery continues." 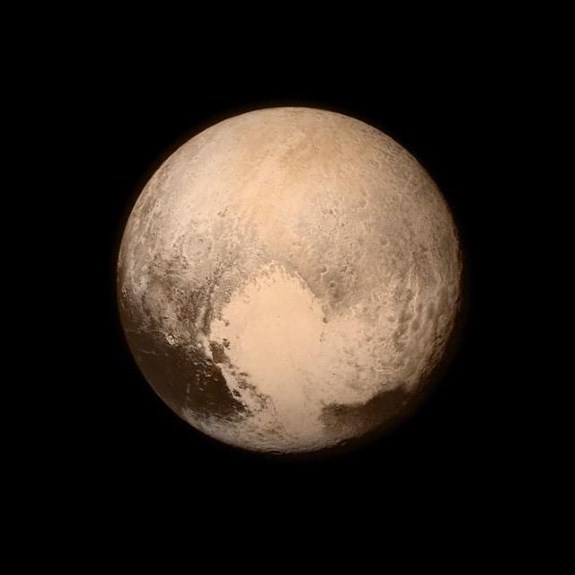