Nintendo may be working on emotion sensing Quality of Life sensor

A patent application reveals Nintendo is cooking up a mysterious "Quality of Life" sensor, it seems to be a sort of mobile device with a docking station. Not a whole lot is known what this will be used for but the device is capable of sensing your emotions and tracking your sleep pattern. Full details at Forbes, which offers some potential game implementations:

Depending on how accurate this is (I’m just going to give Nintendo the benefit of the doubt and say it produces correct results), I’m picturing a horror game that could insert an emotion-triggered scare when the device detects a user’s fear is the highest. That may be a little mean for Nintendo, but third party devs might want to take advantage of it.

More Nintendo-like would be something that could detect a user’s happiness. They could log which sections of their games produce literal smiles on people’s faces, and either tailor future elements of the game to respond to that, or at least log the data for future products.Or maybe if a user appears sad, Nintendo could suggest they play the game that has previously made them the most happy.

Another idea I’ve heard tossed around is that if the sensor could sense frustration, it could knock the difficulty level down during a game after too many failures which produce a quantifiably angry user. Though this would be a very Nintendo thing to do, I can see it further upsetting many players who get annoyed when games merely ask them if they want to lower the difficulty, nevermind actually doing it for them based on sensor data. 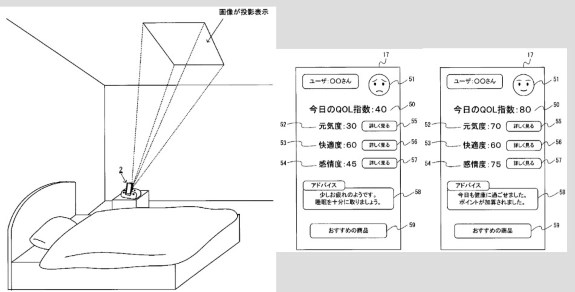