The specifications of AMD's upcoming Radeon R7 370X are making the rounds, this is the card that will compete with NVIDIA's upcoming GeForce GTX 950.

VideoCardz explains there's still some uncertainty about the naming of this chip, most believe it will be R7 series though but a newly leaked screenshot suggests it could end up as R9 370 series.

If the leak is accurate, the 370X is based on a full Pitcairn GPU. As you may still remember, Pitcairn (GCN 1.0) was first introduced in 2012 as the Radeon HD 7800 series and has since served as the base of various GPUs, the latest one being the Radeon R9 270X. 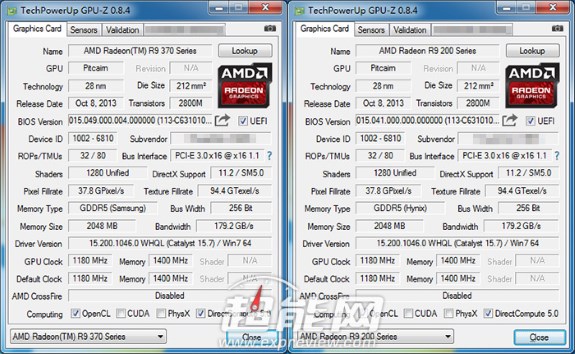