Sapphire is the first to reveal its card, they're offering the R9 370X with Vapor-X cooling in 2GB and 4GB GDDR5 editions. The card draws power from two 6-pin PCIe power connectors and has a core clockspeed of close to 1200MHz and memory clocked at 5600MHz effective. Display outputs include dual-DVI, HDMI and DisplayPort.

Some were surprised to see AMD launching such an old chip, which doesn't support the latest technologies, but it appears the R9 370X may not reach the West. PC World talked to AMD and got to hear this offering is primarily targeted at the Chinese market. 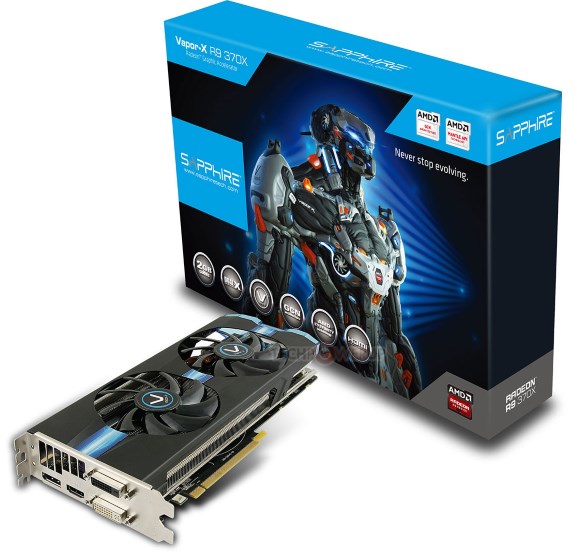