Posted on Saturday, Oct 03 2015 @ 20:15 CEST by Thomas De Maesschalck
Today DV Hardware stopped by at the GameForce expo in Waagnatie, Antwerp. It's a two-day game convention that promises to be a small-scale version of the popular E3 conference and it's pretty much the only large-scale gaming event in Belgium. I was unable to make it to the first edition in 2014 so I was excited to see if this could be compared with the likes of Gamescom.

The 300 meter long queue line
I arrived at the conference about an hour after the opening hour and I was absolutely flabbergasted by the massive queue line. The organization was clearly ill-equipped to handle the massive turnout, the event sold out on Saturday and I kid you not, there was a slow-moving queue line of 300 meters long just to get inside!

When we saw this, we decided to go for a stroll in Antwerp instead and had something to eat. This turned out to be a good idea as we heard a lot of folks had to wait 90 minutes or longer just to get inside. Two hours later we were back at Waagnatie and the crowd had made its way inside, we exchanged our tickets for the wrist strap and half a minute later we were inside.

So what did GameForce have to offer?
As you can probably guess, it's a place where you can try out games all day long, this year the major game publishers present at the show included Sony, Microsoft, Nintendo, Activision, Ubisoft, and 2K. Furthermore, some games from other publishers could be found at the Xbox Stand and there were also some games from smaller publishers, as well as a retro gaming arena, a virtual reality gaming tryout zone, some cosplay activity, "famous" YouTubers, and an eSports tournament.

Unfortunately, most of the more popular games had long queue lines and for some reason all of the PS4 consoles with Assassin's Creed Syndicate didn't work. Teens wishing to go to Gameforce also need to take in mind that there are age restrictions due to legal constraints: if you're under 16 or 18, exhibitors can and will ban you from some of the more violent games, even if you're under supervision by an adult.

Too small, too crowded
While I think the organizers tried to make the best of it, GameForce 2015 suffered from several major problems. The biggest problems was the lack of space, the show was very crowded and I also feel that most of the bigger exhibitors didn't really put in a lot of effort. It's partly due to the space constraints, but a lot of the booths were pretty basic, there were too few PCs and consoles to play on and the number of games showcased at the event was kinda low.

It's a bit of a chicken-and-egg problem of course, the major game publishers aren't really willing to dedicate significant resources to relatively small, local events like GameForce and will instead focus on larger, more international gigs like Gamescom.

In terms of gross exhibition space, an event like Gamescom is more than 30 times as large as GameForce so there's obviously a lot more to see and explore. Ticket prices for Gamescom are similar, but an event like Gameforce is of course a lot easier to reach for Flemish teens and tweens.

It's nice to have local events like GameForce but once you've been to larger events these local events are always going to feel a bit underwhelming. Before GamesForce, the last major games show in Belgium was NEXT, that event wasn't perfect either but in comparison it was a lot more enjoyable than GamesForce.

If there's a third edition next year I suggest getting a bigger venue with a bigger entrance, or limiting ticket sales to make it a more enjoyable experience. 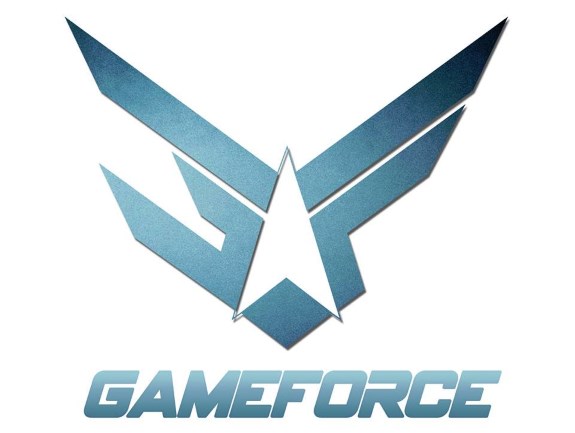