Posted on Tuesday, Nov 03 2015 @ 16:04 CET by Thomas De Maesschalck
Crucial introduces the BX200, a new lineup of solid state disks that feature the Silicon Motion SM2256 controller and 16nm TLC NAND flash memory from Micron. The disk promises read speeds of up to 540MB/s, write speeds of up to 490MB/s and random read and write performance of up to 66k and 78k IOPS, respectively. Unless these disks are significantly cheaper than the listed MSRP, they don't really seem worth it considering you can get MLC-based disks with similar performance at lower price points.

The new BX200 provides sequential read and write speeds up to 540 MB/s and 490 MB/s respectively on all types of data, as well as random read and write speeds up to 66k and 78k IOPS respectively. Additionally, when compared to a typical hard drive, the new BX200 is more than 13 times faster and 40 times more energy efficient for almost instantaneous access to data, resulting in longer battery life and a cooler, quieter system. The new drive utilizes a Silicon Motion SM2256 Controller and is coupled with Micron verified firmware, allowing users to upgrade their existing infrastructure at an affordable price, which is a great alternative to buying a whole new system.

"The new Crucial BX200 SSD is an ideal solution for consumers whose computers are slowed down by an old or inadequate hard drive," said Jonathan Weech, senior worldwide product manager, Crucial. "This SSD is the perfect blend of performance and value, allowing a user to get more done and have more fun. Installing a BX200 will help users enjoy their computers again."

Available now in a 2.5-inch form factor, the Crucial BX200 SSD is offered in 240GB, 480GB and 960GB with MSRPs of $84.99, $149.99 and $299.99, respectively, and is available at crucial.com. The new drive is supported by the Crucial Storage Executive tool, is backed by a limited three-year warranty, and is compatible with both PC and Mac® systems. The BX200 also comes standard with Acronis® True Image™ HD data migration software that moves all files, operating systems, settings and programs from an existing hard drive to the newly installed SSD. 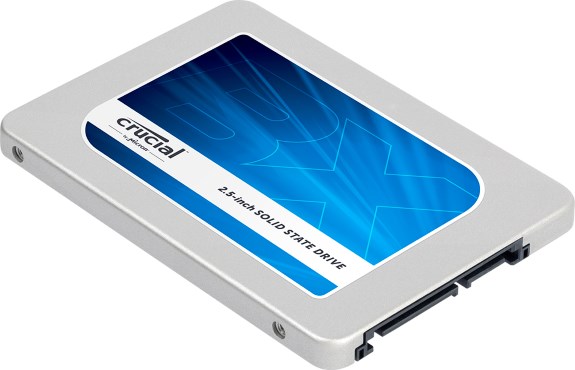