Either AMD has a leak somewhere in its marketing or press circuit or the company is banging up the drum about its next-gen GPU architecture. VideoCardz got its hands on a presentation from the Radeon Technologies Group, the slides detail the upcoming Polaris (GCN 4.0) architecture. Video cards based on Polaris will be released later this year and will reportedly be made on a 14nm FinFET process, with initial availability around mid-2016.

There's a slide with a block diagram of the Polaris architecture but overall they are a bit light on details. AMD touts performance/Watt as one of the big enhancements and one of the slides claims Polaris will be able to run Star Wars: Battlefront at a Full HD resolution at 60fps while consuming 86W, whereas a card from a competitor demands 140W for the same feat. 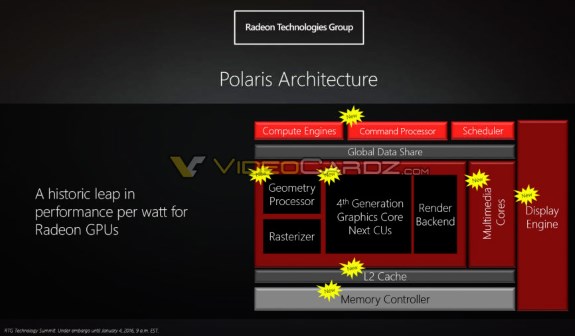 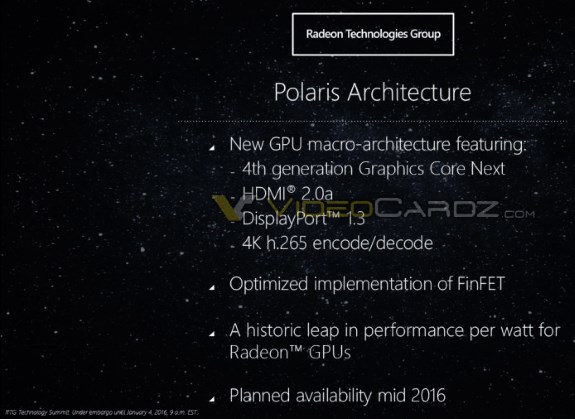 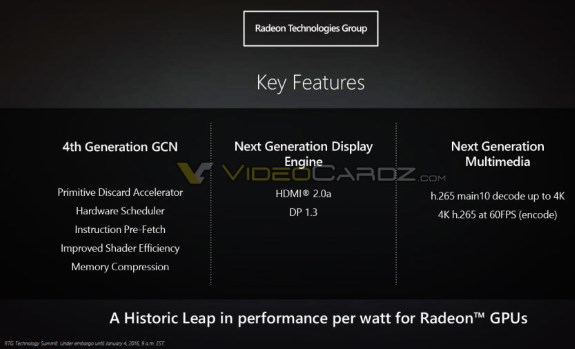 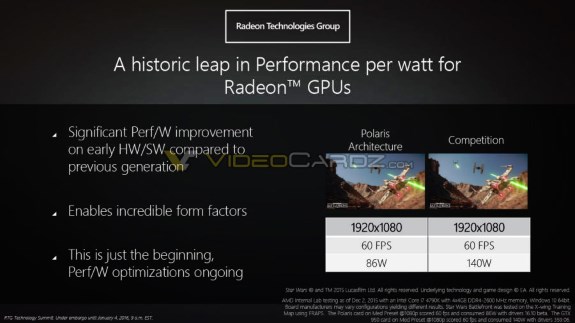 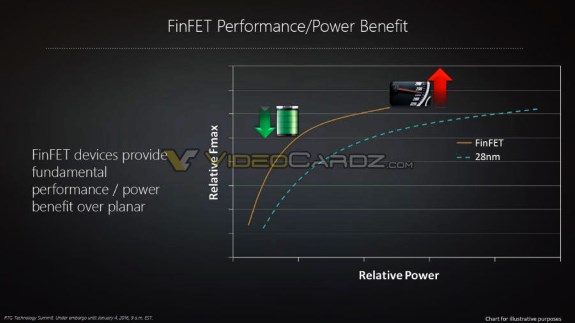