Expected to hit the market in the second quarter of this year, these 2TB SSDs promise a cost per gigabyte of about $0.25, resulting in a cost of $500 for a 2TB SSD.

Oddly enough, Mushkin suggests it could also offer a 4TB SSD at exactly the same $500 price level. This massive SSD is planned after the launch of the Reactor 2TB, it would basically put two Reactor 2TB SSDs onto a single PCB, and join them into a JBOD with a separate controller:

How do you increase drive capacity further when your controller tops out at 2TB? By using JBOD. To construct a 4TB drive, Mushkin is basically putting two Reactor 2TB SSDs on a single PCB. Those drives are then joined into a JBOD with a separate controller. This dual-drive solution will function as a single volume, but spanning drives isn't without its costs. Mushkin tells us to expect random read and write performance of about 10K IOPS. This jumbo-sized Reactor could do well in applications that tend to be heavy on sequential workloads, like video recording or bulk media storage. 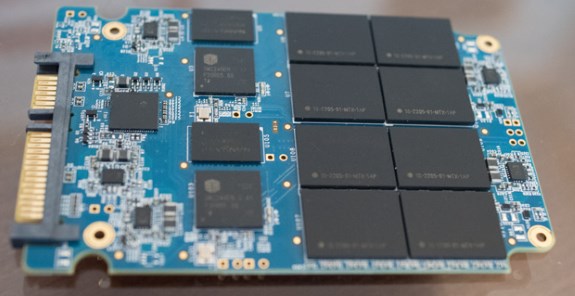