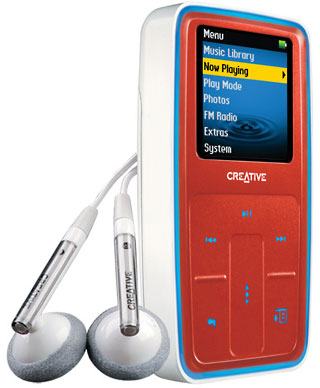 DAP Review has some details about the Zen Micro Photo, which will likely be launched in September. Creative already announced this player back in January, and luckily they changed the specifications a bit!

The Zen Micro Photo will now feature a 8GB hard drive and its battery life has been increased from 12 to 15 hours. And just like the normal Zen Micro the battery will still be user-replaceable, a feature which Apple is planning for its next-generation iPod players.

The Zen Micro Photo also features a cool 262k colour OLED display, which should be well visible from most viewing angles.

The Zen Micro Photo has the same size as the Zen Micro and still features an FM radio tuner + recorder and voice recorder. The Photo is also compatible with DRM-protected songs and will likely be priced around $249.