NVIDIA bundling The Division with some of its GeForce cards

NVIDIA is expected to introduce a new game bundle action later this week. It's not official yet, but according to the leaked promotion material the company will bundle the new Tom Clancy's The Division game with its high-end video cards.

This includes the GeForce GTX 970, GTX 980 and GTX 980 Ti desktop cards, as well as laptops equipped with the GeForce GTX 970M or 980M. As always, this promotion is time limited and it only applies to cards purchased from participating retailers. 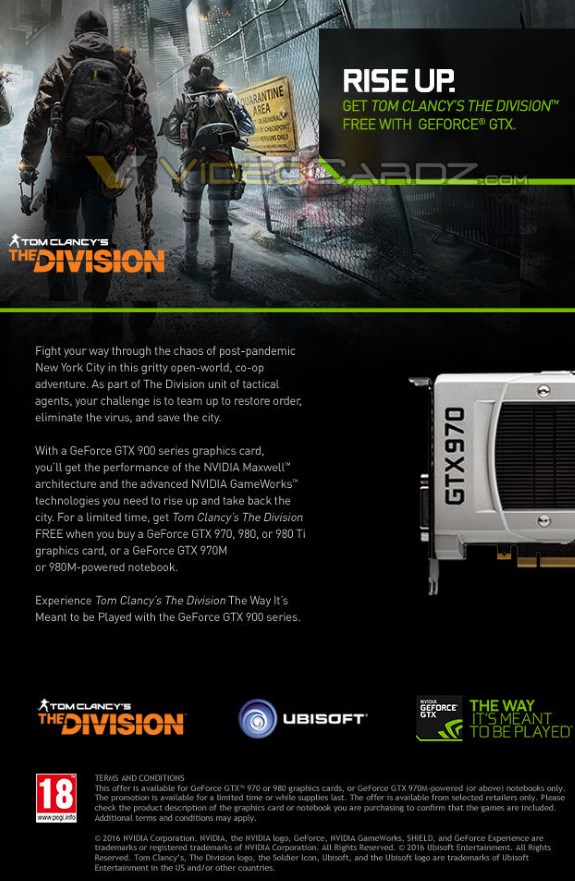