Posted on Sunday, August 14 2005 @ 22:03 CEST by Thomas De Maesschalck
DAP Review writes the US version of firmware version 2.0 for the Sony PlayStation Portable will be released on Monday. Normally this should have happened on August 12th but for unknown reasons Sony postponed the release to Monday.

The Japanese version of this firmware was released a couple of months ago and is identical to this one. It features a new browser, updated audio and video codec support, the ability to transmit pictures directly to/from other PSPs and other small enhancements. 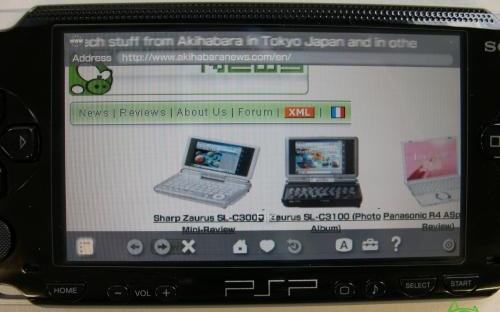