3DMark adds a preview of the new VRMark

Posted on Thursday, Apr 07 2016 @ 13:59 CEST by Thomas De Maesschalck
Futuremark rolled out 3DMark 2.0.1979, this new update features a new user interface and delivers a preview of the upcoming VRMark. Unfortunately, the latter is currently only available for the Advanced and Professional editions of the benchmark.

VRMark Preview
Exclusive to 3DMark Advanced and Professional Editions, this update adds an interactive preview of VRMark, our upcoming virtual reality benchmark. In this preview, you can freely explore two VRMark test scenes with Oculus Rift and HTC Vive. But don't worry if you don't have a headset. The preview works with your monitor too.

Explore classic 3DMark scenes in the VRMark Preview.
The VRMark preview is a taste of what to expect from the full release, coming soon. Scene 1 is designed for the Oculus Rift minimum spec. Scene 2 requires more powerful hardware. The preview does not produce a benchmark score. For more details about VRMark, please visit our website: http://www.futuremark.com/benchmarks/vrmark

3DMark has a new interface for 2016.
The new Home screen shows the recommended benchmark for your system. No more guessing which benchmark is right for your PC. You can run other tests from the Benchmarks screen.

More flexibility, faster downloads, smaller updates
We've also rebuilt the internal framework of the 3DMark app. On Steam, you can now install and update individual benchmark tests independently. This makes the initial download much smaller. And it means you can choose to install only the tests you need.

We've also enabled the ability to update tests individually in the standalone 3DMark Advanced Edition. Say goodbye to massive downloads with every update.

You can now install benchmarks individually in the Steam version of 3DMark. 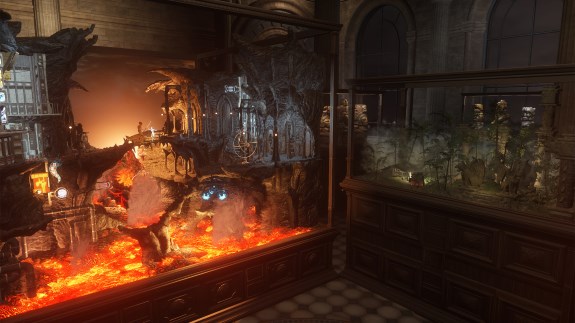