Posted on Thursday, Aug 18 2016 @ 14:39 CEST by Thomas De Maesschalck
AMD hosted a press event earlier today with fresh details about its upcoming Zen processors. As usual, VideoCardz got its hands on some leaked slides before anyone else. A lot of the details on the slides are a reiteration of what we already know, including the fact that Summit Ridge will feature 8 cores and 16 threads.

We already knew Zen promises 40 percent more instructions per clock (IPC) and now AMD is also banging the drums with claims about a massive increase in performance-per-Watt. There are no hard details about performance, but one slide suggests that at identical clockspeeds, an 8-core, 16-thread Summit Ridge CPU will equal the performance of Intel's 8-core, 16-thread Broadwell-E in the Blender CPU render benchmark.

One slide confirms the existence of a 32-core, 64-thread Naples SoC for the server market, and the final slide contains an optimistic statement that they're just getting started. Zen will be succeeded by Zen+, we don't know a lot about that chip but the slide suggests we can expect another jump in IPC, but not as big as a leap as Zen. 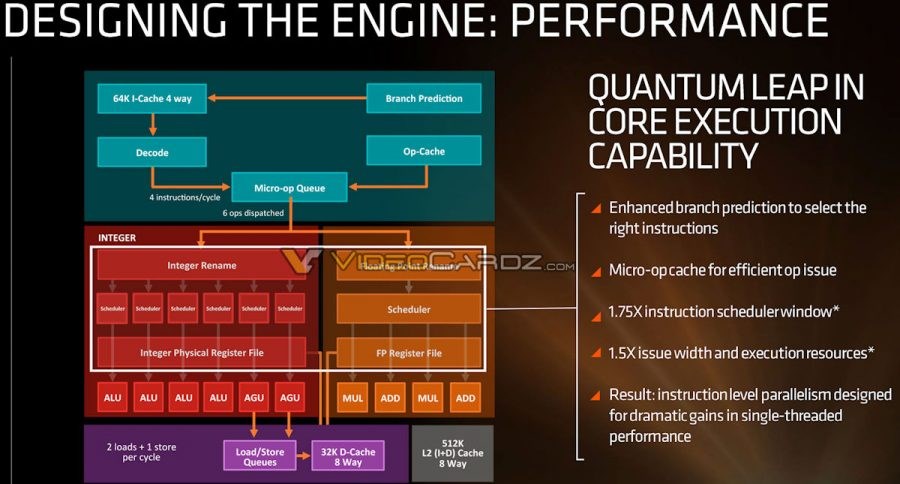 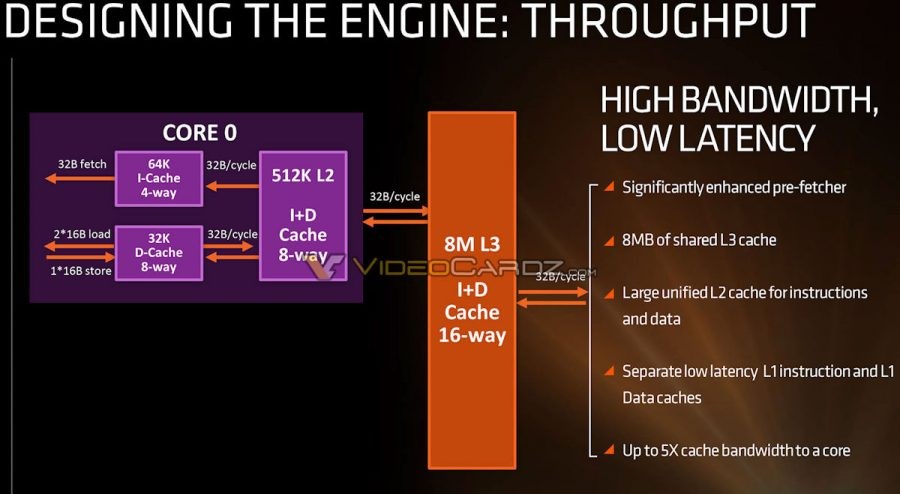 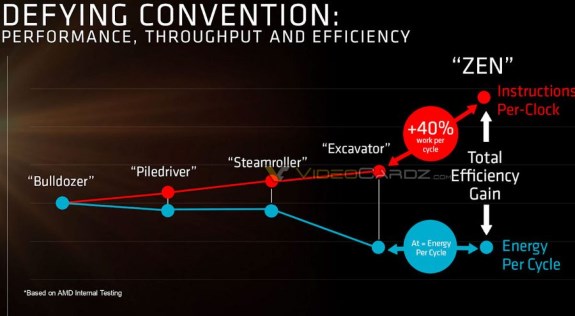 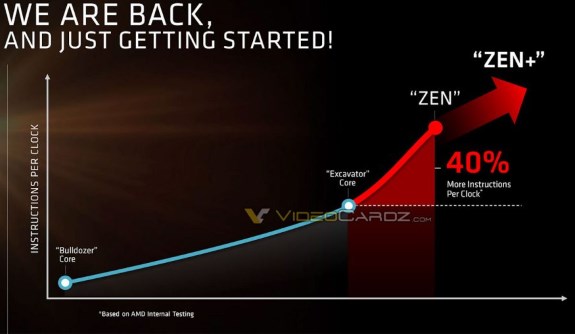