Posted on Wednesday, Mar 01 2017 @ 20:51 CET by Thomas De Maesschalck
Microsoft and Acer announced at the Game Developers Conference that the Acer Windows Mixed Reality Developer Edition headsets will ship to developers this month. A commercial version is expected later this year. The specifications for the Acer Windows Mixed Reality Development Edition headset include: 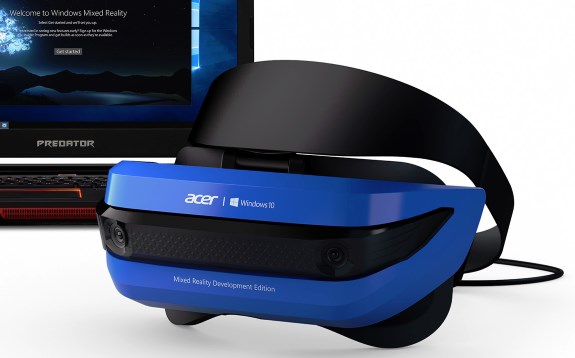