AMD Pinnacle Ridge (Zen 2) to have up to 8 cores

AMD recently send Zen roadmaps to its channel partners and of course these slides leaked to VideoCardz. Unfortunately, a brief glance reveals the slides don't contain a lot of details that weren't already known as AMD is tight-lipped.

Later this year we'll be getting the first Zen-based APUs, aka Raven Ridge, these will be quad-core parts with Vega-based integrated graphics. One important note here is that the first Raven Ridge APUs will be BGA versions, socketed models aren't expected until 2018. Next year the company will also launch Pinnacle Ridge, a new line of CPUs based on the Zen 2 architecture. The roadmap confirms Zen2 will stick with the same number of maximum cores for the consumer market as today's Summit Ridge. 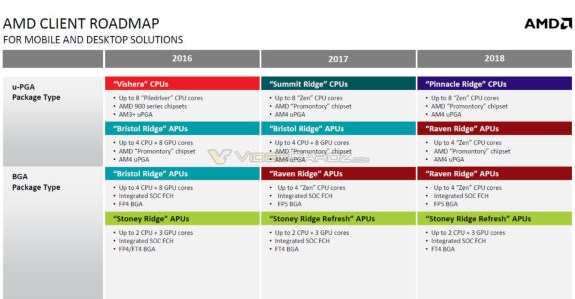 Next there's also a Micro-PGA socket roadmap for scalable desktop solutions. This slide reveals AMD will be offering Micro-PGA Raven Ridge APUs in 2018 with up to four Zen cores and 11 Vega-based compute units. 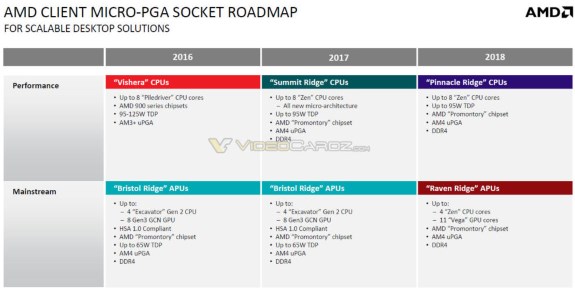