Posted on Wednesday, Mar 15 2017 @ 13:26 CET by Thomas De Maesschalck
ASUS revealed a bunch of details about its upcoming ROG STRIX GeForce GTX 1080 Ti OC video card. This model will have a base clock of up to 1594MHz, a Boost of up to 1708MHz and memory clockspeed of up to 11100MHz. These are the OC Mode clockspeeds which are activated via the ASUS software, the regular Game Mode clocks can be found in the specifications table below.

The board features 10+2 phase VRM, it's equipped with a dual 8-pin PCI power connector and has two DisplayPort 1.4, two HDMI 2.0 and one Dual-Link DVI-port (which was removed on the Founders Edition). 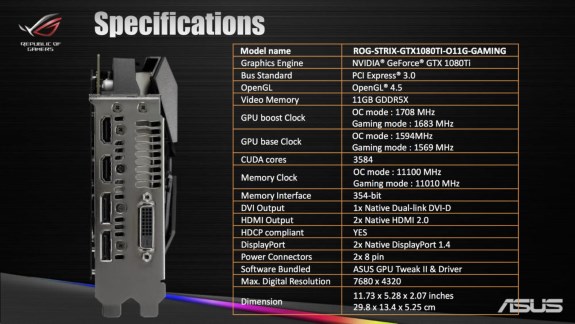 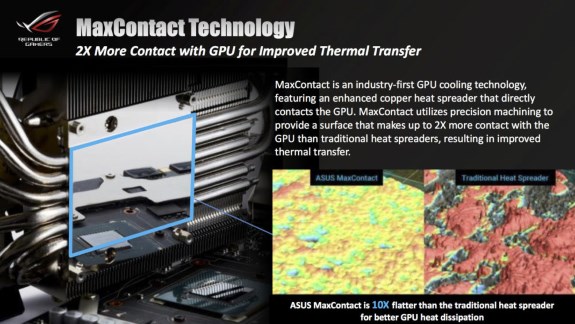 Availability is expected by early April, pricing is unknown.