Posted on Wednesday, Mar 29 2017 @ 16:06 CEST by Thomas De Maesschalck
German tech site ComputerBase noticed Intel showed off the first die shot of its upcoming 28-core Skylake-SP server processor. The die shot was part of a presentation at the company's Technology and Manufacturing Day in San Francisco, it shows four rows with six cores and one row with four cores. Each core reportedly has 1024KB of L2 cache.

The Skylake-SP server chips will use the LGA3647 socket and will reportedly be launched as the Xeon Platinum, Gold, Silver and Bronze series. The 8000 Platinum series will feature chips with 22 to 28 cores, the 5000/6000 Gold line consists of 14 to 22 core versions, Silver has ten cores and Bronze is for eight cores and fewer. 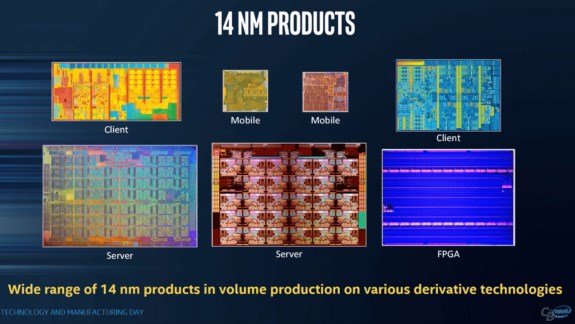 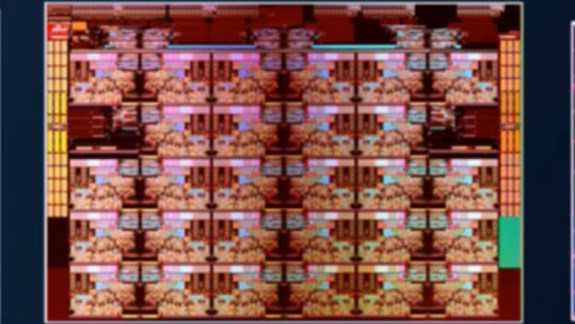