Posted on Wednesday, April 12 2017 @ 14:16 CEST by Thomas De Maesschalck
I'm not sure when was the last time I heard "thin" and "graphics card" in the same sentence but here we have world's thinnest GeForce GTX 1070 desktop card. The new GALAX GeForce GTX 1070 KATANA uses a single-slot cooler with a vapor chamber and a blower-style fan.

GALAX managed to make a GTX 1070 that is just 16mm thick! Whether it will perform good or be plagued by thermal throttling issues remains a question, but the card definitely looks cool. In the marketing material, GALAX claims its custom-design card can "maintain consistent performance even in thermally challenging scenario". 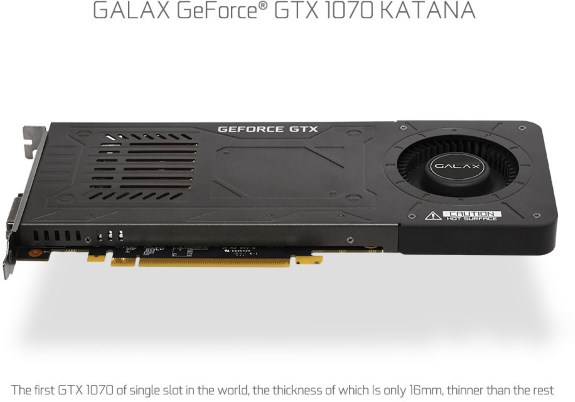 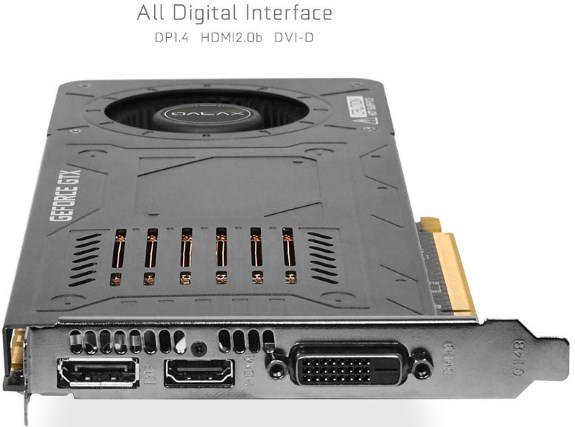 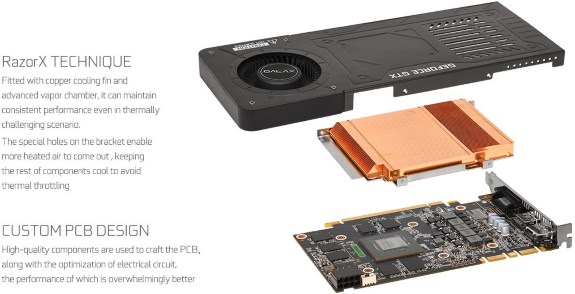