Posted on Tuesday, April 18 2017 @ 14:31 CEST by Thomas De Maesschalck
Researchers at the University of Victoria announced the discovery of light induced magnetoresistive random-access memory (LI-RAM), a new memory technology that promises higher performance, better energy-efficiency and higher durability than current memory technologies. The technology uses light instead of electricity and is also more environmentally friendlier than current RAM. It allows data processing and storage at the single molecule level and creates almost no heat. If it all works out, commercialization could still be 10 years away.

A University of Victoria chemist has developed a breakthrough material that will make computers and smartphones faster, more durable and more energy-efficient.

The new material allows computer chips to exist at a molecular level, with a technology known as light induced magnetoresistive random-access memory (LI-RAM). Developed by materials chemist Natia Frank, the invention is part of an international effort to reduce the power consumption and heat produced by modern computer processors. Known as the “power wall,” the problem of heat and electrical consumption is creating an environmental concern and limiting the development of faster computers.

Compared to the current standard, LI-RAM uses 10 per cent less power, creates almost no heat and has higher durability—all while processing information faster.

Using light rather than electricity as the conductor of information is what makes LI-RAM unique. “The material in LI-RAM has the unusual quality of rapidly changing magnetic properties when hit with green light,” says Frank. This means that information can be processed and stored at the single molecule level, allowing for the development of universal memory—a technology that has, until now, been hypothetical.

A more environmentally friendly form of RAM could have a powerful impact on energy consumption and waste management. Information communication technologies are now using about 10 per cent of the world’s total electricity. Meanwhile, discarded personal information and communications technology alone accounted for three million tonnes of hazardous e-waste world-wide in 2014.

The PCT (Patent Cooperation Treaty) Patent Application for LI-RAM was filed in partnership with Green Centre Canada, who named their work on the technology as a top achievement for 2016. Frank is now working with international electronics manufacturers to optimize and commercialize the technology, which could find its way to consumers in the next 10 years.

Data storage for mobile phones, computers and electronics is just one way this technology can be used. “Potentially, this material could have other uses in medical imaging, solar cells and a range of nanotechnologies,” says Frank. “This is just the beginning.”

Frank received funding from the Natural Sciences and Engineering Research Council for the development of this technology. 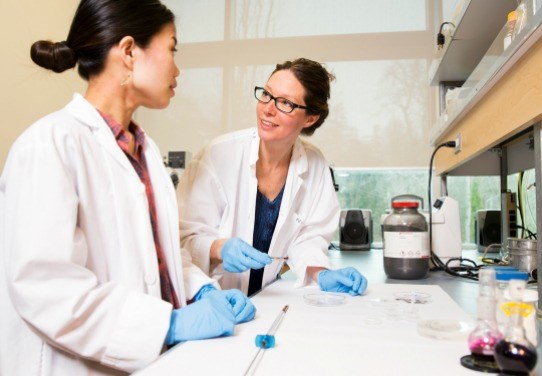