AMD says Vega will arrive when it's ready... and it will be this quarter

I wasn't sure if this was worth posting as AMD has been saying for some time now that Vega will launch this quarter. So now there's confirmation from AMD that the product is still on track for a launch sometime this quarter. The company still refuses to share a more specific launch date but some previous tidbits here and there suggest the company may be gunning for a May launch date.

The fact that AMD has teased Vega in two different pieces of media that come out in May (Arkane Studios' Prey, which comes out on May 5th, and Alien: Covenant, which also comes out during the month of May.) I've previously posited that AMD wouldn't tease Vega's launch alongside one of the most promising games of the year without giving us the chance to power it through Vega come launch day, but as Prey's release date approaches and there is no more information on Vega (much less an announcement), it's looking increasingly likely that we'll have to wait until we can see that universe in all of its Vega-rendered glory. 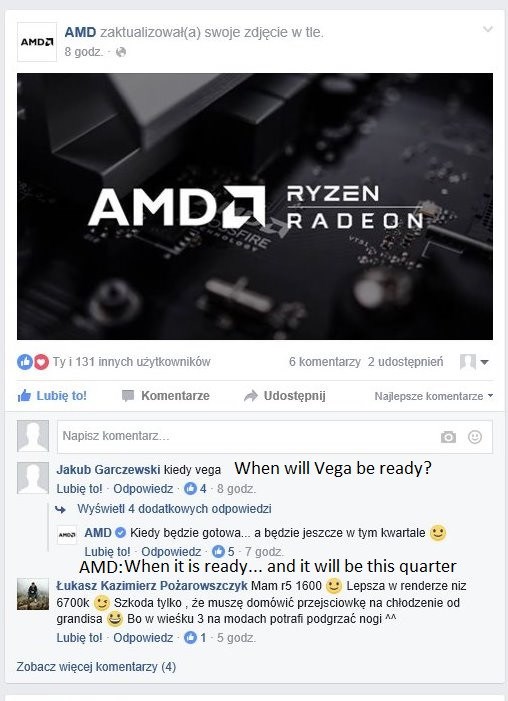