Exclusive news from VideoCardz that Intel is upping its game and will offer Skylake-X processors with a lot more cores than expected.

Previously, it was rumored that Intel's flagship HEDT processor would feature 12 cores and 24 threads but the upcoming launch of AMD's Threadripper changed Intel's plans and has resulted in 14-core, 16-core and 18-core models being added to the mix!

Intel's first Basin Falls HEDT processors are expected to launch in June, with the 12-core model to follow in August. It's unknown when these 14 to 18-core models will follow. 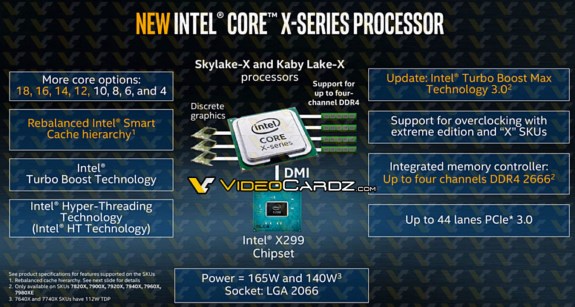