AMD showed off world's first laptop with a Ryzen Mobile APU during its Computex press event. This was not a production model though, it looks like a prototype AMD cooked up with a partner. The 2-in-1 system shown at Computex features the Ryzen Mobile APU with four cores, eight threads and an integrated GPU based on the Vega architecture.

The company said Ryzen Mobile can be used to design laptops with a thickness of less than 15mm and demonstrated a playback of HD video on the prototype device. The launch of Ryzen Mobile is expected in the second half of this year, with business versions to follow in the first half of 2018. 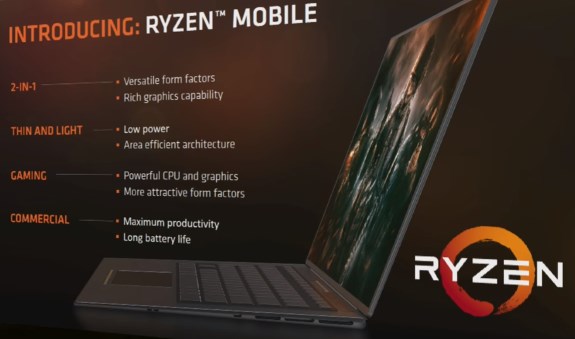 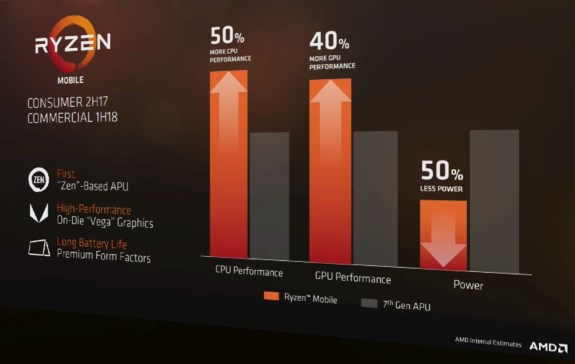 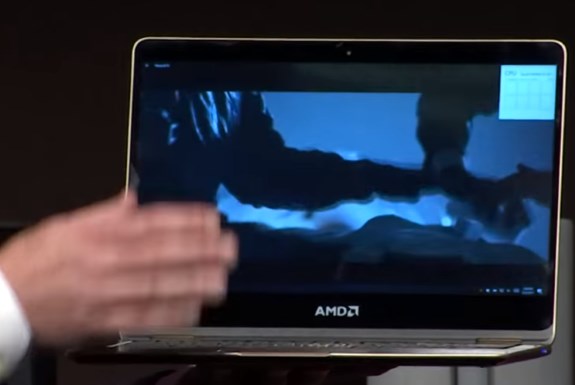